Ryan D. Breen is an attorney with the Breen Law Firm, LLC where he concentrates his practice on criminal, family, juvenile, unemployment compensation, oil & gas, and the general practice of law. He is licensed to practice law in Pennsylvania, and is a member of the Pennsylvania and Allegheny County Bar Associations.

Ryan earned his law degree at Michigan State College of Law. As a law student, he was a member of the Phi Alpha Delta Fraternity, the Sports Law Society, and was a board member of the Spartan Law Students Society.

While in law school, Ryan worked as a law clerk for Mike O’Bryant, Attorney at Law, The Lillie Labor Law Firm, LLC, and also at the Breen Law Firm, LLC. Post-graduation, Ryan worked for several Marcellus energy firms in the region where he certified and leased oil & gas acreage and cured title defects that halt production of drillers.

Ryan earned his Bachelor of Arts in Business Administration at Washington & Jefferson College (“W&J”) in Washington, PA. At W&J, Ryan excelled both in the classroom and on the football field, earning Dean’s List honors while starting over thirty (30) games for the nationally ranked Presidents.

Ryan is a Pittsburgh native and resides in the North Hills. He graduated from Pine-Richland High School where he excelled as a section champion wrestler and as an all-conference football player. Personally, Ryan is advocate of freedom and the protection of all individual civil liberties. He is a proud dog owner and an advocate against breed specific legislation. 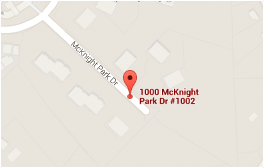